If you like European babes, you will love Amirah Adara, because she is a cute Hungarian with an even cutter accent. She was born on 18th February 1992 in the capital of Hungary, Budapest. She is another 18 years old debutant, staring in her first adult production back in 2011 for Woodman Entertainment. She was immediately noticed and picked up by other porn directors. And it’s no wonder she got so many roles in the following months after the debut in the adult industry. Her body is just too hot not to be naked in front of the camera. She’s 5 feet 3’, with long legs, round big ass and A-cup perky boobs and small hard nipples. Her pussy is shaved most of the time and she has a navel piercing.  With long brown hair and eyes to match, she looks mesmerizing with a cock in her mouth, gazing into the camera as if she is looking straight into your eyes to convince you that she is one of the best porn stars when it comes to oral. Another thing that’s worth noticing is Amirah’s skin, which is free of any imperfections and a bit tanned, making her look luscious and exotic. She’s quite a catch!

Because of the tone of her skin and because of her face that has a somehow Arabic touch, this Hungarian hottie went for the stage name Amirah Adara, which literally means Virgin Princess. I know that’s a bit weird since there are countless of movies with her getting pounded by big cocks, but I think it’s quite cute. She is pretty active in the adult industry, performing in more than 15 scenes in her first year. Since then, her most productive year was 2013, when she filmed all kinds of porn, even a foot fetish one, for 21Naturals titled Stairway to the Foot Pleasure. She isn’t one of those new starlets who are trying to only perform in solo and girl/girl scenes. 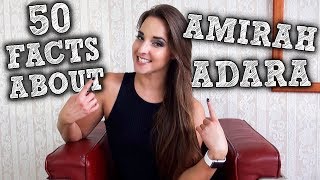 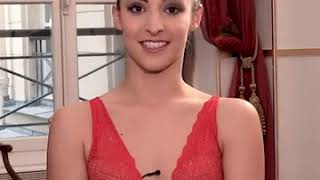 Adultdvdtalk
Go to top
We use cookies to ensure that we give you the best experience on our website. If you continue to use this site we will assume that you are happy with it. For full details read our Privacy PolicyOk