We all know that Canada is one of the most unbearable and cold places on Earth, but there is one thing that melts the snow away. And that one thing was August Ames, probably one of the hottest Canadians that ever lived. In a few years of career she had already conquered everything. August was born in August, from where the name, on 23rd in 1994. She was part Polish, which makes her part European. She was born in Nova Scotia, Canada and her dad was an army man, so she moved a lot, meeting lots of people and learning how to deal with the world in early life. She had the body of a Greek sex goddess, with long feet, a cure ass, quite tall and with a pair of 32 D boobs that might seem fake because they look just perfect, but they are 100% real. She had a couple of tattoos, including “Born Wild” written on her slim and fit stomach, and several piercings, including one in her tongue and other in her bellybutton.

There’s One Hot Thing in Canada

Starting her career in 2013, August Ames was one of the best newcomers ever. She hit the jackpot mostly because she was looks so perfect. She wasn’t dragged into the industry like many girls. She was just bored of her small Canadian town, so she sent some sexy submissions to many agencies and one responded. In just a couple of weeks she got her first contract, in a solo stocking porn, and after just 48 months she almost has 150 scenes in her portfolio. Not only has that, but she already won awards, one from AVN for the Cutest Newcomer and the other from XCRO for the Best Cream category. She was nominated for many other prices and awards because of her awesome performances.

A Bit Nerdy and a Bit Wild 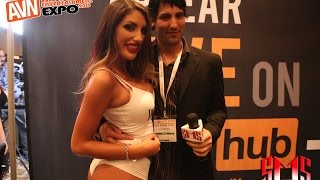 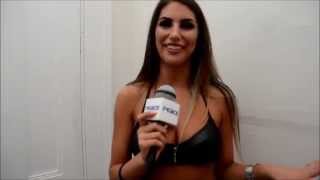 AVN
Go to top
We use cookies to ensure that we give you the best experience on our website. If you continue to use this site we will assume that you are happy with it. For full details read our Privacy PolicyOk