Ember’s great success is quite visible in form of many nominations on prestige competitions. In 2019, on AVN Awards, she was nominated in two categories: the Best All-Girl Group Sex Scene, and Best Virtual Reality Sex Scene. In 2018 and 2019, on Spank Bank Awards, she was nominated for the Asian Empress of the Year. In 2019, on XBIZ Awards, Ember was nominated for the best VR Sex Scene. She still makes webcam shows. The moments when Ember has free time are rare, but when they come, she likes to relax, watch TV shows and movies. She used to be a gamer and her favorite game is Assassin’s Creed: Brotherhood. Ember could eat pizza every day.  Date posted: September 20, 2019 TheLord 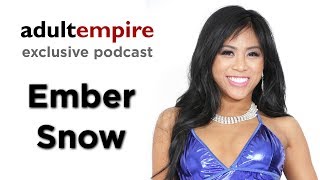 Redbled
Go to top
We use cookies to ensure that we give you the best experience on our website. If you continue to use this site we will assume that you are happy with it. For full details read our Privacy PolicyOk