Gina Lynn is a retired adult movies performer and director. She was born in Mayagüez, Puerto Rico, on February the 15th, 1074, as Tanya Mercado. She is of Puerto Rican, Italian and Spanish ancestry. When she was 7 years old (5 according to some sources), her family decided to move to Jackson Township, New Jersey, USA. While she was growing up she was a quiet person and she was pretty shy. She went to Catholic school all her life. When she was a senior in high school she started stripping at a place that was about 20 minutes away from her school. That's how she was told she should become a model. She has implants in her boobs and in her ass, and her measurements are 34D-24-34.

This MILF was a Penthouse Pet of the Month (April 2012), and she was inducted in AVN Hall of Fame and in Nightmoves Hall of Fame. The AVN named her one of the top 40 most influential people in the adult industry. Also, a sex products company, Cal Exotics, honored her by making a Gina Lynn doll. This hottie has appeared in “Analyze That” (a Hollywood blockbuster with Robert De Niro and Billy Crystal). After seeing her in that movie, Eminem tracked her down and hired her to perform in a music video for his song Superman. Also, Gina had cameos in 2 episodes of “Sopranos”. Date posted: February 2, 2017 TheLord 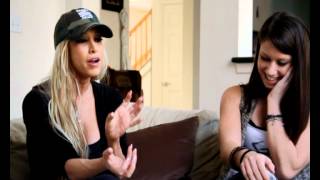 Gamelink
Go to top
We use cookies to ensure that we give you the best experience on our website. If you continue to use this site we will assume that you are happy with it. For full details read our Privacy PolicyOk