Michaela Isizzu is a Czech adult model. She was born in Brno, South Moravia, Czech Republic. This beautiful European babe was born on May the 22nd, 1990, as Michaela Madarova. Her auburn hair is long and her blue/green eyes (depending on the light) are beautiful. At the beginning of her career she was a bit slim – not too slim, but just a few pounds below the average weight. Let's just say she had a body of a fashion model. Her natural tits were not big, but they were beautiful. She was 5 ft 4 in tall (163 cm), her weight was around 106 lbs (48 kg) and her measurements were 34B-23-36. She didn't have any tattoos. At one point she had a boob-job. Now her tits are bigger than before, but they're not too big for her body (there is no information about the current size of her boobs). She also got her first tattoo, and then another, and then one more and so on... Now she has lots of tattoos – one behind her ear that says “Isizzu”, some spiritual symbols on her back and arms, a big skull on her shoulder, etc. Lately, she gained a few pounds (in all the right places) so now her body is average (but still on the slimmer side). Her tight pussy is beautiful – her labia is just the right size, not too big and not too small. Her pussy is either totally shaved or you'll see some sexy hair-style down there (like Brazilian or something).

Michaela admitted that she was a pretty good kid while growing up. At school she was a kind of a rebel, but she always had good grades though. She's entered the adult industry in 2013. She did her first naked modeling for a German magazine, and she was very nervous. Luckily (and she was very surprised by her own reaction to the whole thing), she liked it very much. During her career she's never done a B/G scene. All she did were solo (I've seen her having fun only with her fingers – I haven't seen a scene with toys) and lesbian scenes (with well-known glamour models like Little Caprice and similar girls). Those solo and lesbian scenes include niches like stripping, stockings, masturbation, pantyhose, high heels, outdoors, pool, nurse, etc. Michaela's beautiful feet are often in the forefront.

She's was a Penthouse and Maxim model, and she was a Playboy Cybergirl of the Month (August, 2014). Her work can be seen on sites/networks like: Babes, Nubile Films, Met-Art (as a Top exclusive model), X-Art (as a Top model), Twistys, Sex Art, Femjoy, Art-Lingerie, Digital desire, etc. Apparently, our beautiful Czech babe is currently retired from adult modeling, but she is still active as a glamour model. Last week she had a shooting with Fedor Shmidt (a well-known Russian photographer).

Michaela Isizzu has a room at her parents' house. It's not that big but it's nice and cozy. She often likes to stay alone in that room and watch movies and read books. She also likes nature, traveling and spending time with her friends (mostly partying with them). These are also the things she's looking for in a man. Besides that, a man has to be charismatic and has to have a nice smile and nice eyes. Michaela owns a small and very fast car. Driving it brings her peace because that's a good way for her to empty her mind. Date posted: February 1, 2017 TheLord 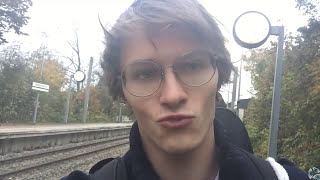 Coedcherry
Go to top
We use cookies to ensure that we give you the best experience on our website. If you continue to use this site we will assume that you are happy with it. For full details read our Privacy PolicyOk