Maci started her career in hardcore style at the age of 20, showing her fierce nature at the very start. She appeared in number of scenes for great production giants like Naughty America, Babes, Teen Fidelity, Team Skeet, Devil’s Film, Zero Tolerance, Nubiles, Twistys etc. This babe is completely natural with no boob or any other esthetic improvement. Her body is decorated with some piercings and several tattoos. She has pierced tongue and navel and by the time of writing this biography, she is known to have five tattoos.

Maci does a great job to keep her private life away from public eye. According to her Twitter posts, she is not active for a while. According to Adult Film Database, there was an official announcement from adult film industry in March 2015 that she is retiring due to pregnancy. According to one of Maci’s old tweets, she was pregnant with a baby girl.Her fans expected to see some pregnancy shots, according to adult forums’ posts but it seems like Miss Winslett decided to keep low profile and start the family outside of the adult business. But there’s still hope for her fans. There are some movies published in 2016, but it isn’t clear were they made before or after her retirement. Maybe the best of Maci Winslett is still left to be seen. Date posted: February 3, 2017 TheLord 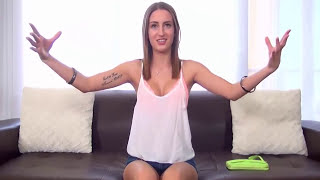 Glamour Models Directory
Go to top
We use cookies to ensure that we give you the best experience on our website. If you continue to use this site we will assume that you are happy with it. For full details read our Privacy PolicyOk