Mellanie entered the industry at the age of thirty-two (2009). She had a difficult break-up when she lived in Miami and during this time she met some people at Bang Bros and Reality Kings and it intrigued her enough to decide to make something crazy and new in her life. She loved the casting and the cameras and within a week she moved to Los Angeles.Her first scenes were made for an indie agent in Florida and once she moved to Los Angeles she signed a contract with Lisa Ann’s agency. Her first scene in Los Angeles was a group sex with Adriana Deville and it was very fun for her. Bang Bros created the scene and beforehand they sent an e-mail to Mellanie to explain her everything.She has stated that she didn’t regret entering the industry because at this age she knows how to save her money (her business education also helped her in that). Mellanie is classified as MILF because of her age and very often she films that type of scenes.

Mellanie has a dog and enjoys spending time with her pet.  She is single and is into guys who like to have fun and are into fitness. Her favorite position is doggy and she is also into girls, but doesn’t classify herself as a bisexual.Mellanie has piercings on her right nostril and on her navel. She resides in NYC and hangs very often with Lisa Ann; however most of her friends are not in the porn industry, but rather in the mainstream music or film industry. In her spare time she works out and spends time with her friends and her pet. Date posted: February 1, 2017 TheLord 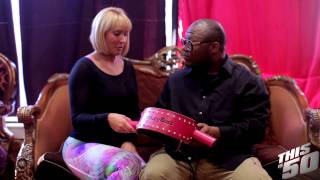 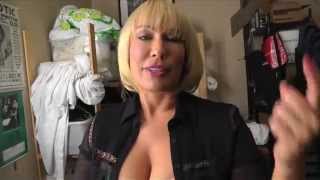 Adult DVD Talk
Go to top
We use cookies to ensure that we give you the best experience on our website. If you continue to use this site we will assume that you are happy with it. For full details read our Privacy PolicyOk