Soon after the popular CBS’s TV show called Supergirl with Melissa Benoist in the title role kicked off, an idea was born in the Axel Braun’s mind. This idea led to some hard working and after four months of shooting Supergirl XXX: An Axel Braun Parody saw the light of the day. The story remains the same – this sexy girl with superpowers has to use these powers to save the day, but of course this time we can see her use her pussy and tongue to stop the villains destroy our world. Apparently Metropolis and the entire world is facing the biggest threat ever, and Clark Kent has forgotten that he is Superman. The clock is ticking and Supergirl has to step in. Now “can Supergirl defeat the evil Brainiac? Will Batman help her? But most importantly… is she going to get laid? The answer to all three questions is YES!!!”Once again the legendary director and 6-consecutive-time Best Parody AVN winner Axel Braun, delivers an amazing hardcore movie that show great acting performances from his cast, but also plenty of funny and comic parts. He’s known for “his lifelong passion for superheroes and his attention to detail”, which you can see here, as everything is impeccably directed and organized. I’m talking about the acting, camera work and the costumes, which look as the ones you’d expect to see in a big budget Hollywood movie.

In this movie Carter Cruise reprised the role she originated in the director’s the previous Axel Braun’s parody of a huge hit called Batman v Superman. The rest of the female cast is just as amazing and I’m sure you’ll enjoy every bit of their performances.  Sexy blonde Riley Steele appeared as Enchantress, 2016 AVN Best New Starlet nominee Katrina Jade as Mercy Graves, and famous Wicked Girl Jessica Drake as media mogul Cat Grant. The male cast contributed equally, and you’ll see Ryan Driller in the role of Superman, Derrick Pierce as Lex Luthor, Van Wylde as Jimmy Olsen, Charles Dera as the new Batman, and Damon Dice as main villain Braniac.Director Braun has only the best things to say about his cast. He thinks that everyone contributed equally in making this XXX blockbuster. First of all, he said that “Carter absolutely owns this character,” and that “her commanding screen presence and incredible acting range, which she brought to this movie in spades, are topped by two absolutely explosive sexual performances. This was definitely an acting tour-de-force for her, and she blew everybody away with her intensity, her dedication, and her sheer awesomeness.” Braun also complimented Damon Dice on his acting by saying that “he’s a terrific performer and a really great guy, and his portrayal of Brainiac was uncanny. The fact that he agreed to shave his head and potentially lose weeks of work just to be in my movie is a clear sign that he’s a true professional, and that he’s in for the long run.” This is the third title in the Wicked Comix imprint and we could only hope that there will be more of this kind of porn in the future.

I thought that there would be more of the introduction before we get to see Supergirl going one-one-one with the main villain Brainiac, but I guess I was wrong. The opening scene shows these two nasty aliens on the Brainiac’s ship, and after some quick chat, Supergirl decides to deal with him, as he sits in his chair without moving a muscle. The second scene shows that this was only a dream, but we also learn that Supergirl is in Lex Luthor’s bed. Nothing nasty happens there, so we move to the next scene where Clark Kent and his buddy Jimmy Olsen meet the famous media mogul Cat Grant.

In the third scene sexy Enchantress Riley Steele visits Lex Luthor in his den. She’s not blonde this time, but her dark wig makes her even more attractive.  Earth is under siege and in the last scene we see Batman calling for Superman. However, only Supergirl shows up and he explains her the way she should destroy the evil Brainiac. After she destroys the Brainiac’s ship, she returns to Batman so they can celebrate the victory. This turns out to be a pretty nasty celebration, with lots of pussy eating and deepthroating. She takes Batman’s cock in her pussy from behind before he spills his man juice all over her ass. The costumes stayed on the whole time and she only had her skirt pulled up so we could see her pussy getting penetrated.

Supergirl XXX: An Axel Braun Parody is another amazing parody made by one of the best parody directors Axel Braun and Wicked Pictures. This is the third superhero parody that this duo has made in the past few years, and just as I expected it’s amazing! The story was light, but that’s exactly what it should be so we can all enjoy both the geeky superhero parts and the hardcore parts. Carter Cruise was once again amazing as Supergirl, making this movie so enjoyable. The costumes and the scenario are just as awesome, and you really got to appreciate that effort. This is such an amazing parody, and we can only hope that there will be many more like this one in the future.  Date posted: July 4, 2016 TheLord 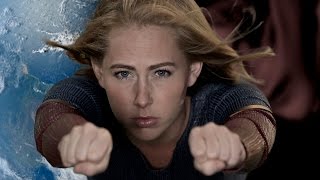