If there's something strange in your neighborhood - who you gonna call? If your first thought was Ghostbusters, then you’re right and you’re life is definitely going to be saved. I’m not saying that ghosts are real, but I know that it was nice to have Ghostbusters around every time I felt down and wanted something funny in my life. These guys may had been nuts, but they had had a noble goal – to save the Big Apple from untold evil that was released upon the city. 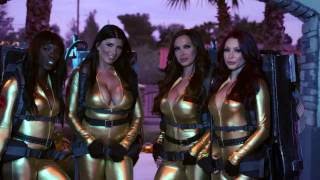